TEEN VOGUE: How This 18-Year-Old Graduated College Before High School 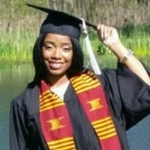 We live in an uncertain world, but there are at least some universal truths like the fact that, in order to go to college, you have to graduate high school. Or so we thought. 18-year-old Raven Osborne blew that notion to pieces when she earned her college degree two weeks before graduating high school (which shell do as a straight-A student and class valedictorian).

And heres the kicker: It was all free, thanks to a program offered through her high school, 21st Century Charter School in Gary, Indiana. 21st Century is a free public school, and one of six charter schools around the country run by the GEO Foundation, which aims to provide students in impoverished neighborhoods with access to quality education. GEO not only funds its students college classes, but also pays for the books and transportation.

When I was in 7th grade, I learned that 21st century paid for college credits, the books, and transportation, Raven tells Teen Vogue. And my family and I all thought that was really awesome and hard to believe. […] That was a great motivation.

The 18-year-old started taking community college classes when she was in 9th grade, and after two years transferred to Purdue Universitys Northwest campus, where she recently received her diploma. When I saw that I would earn my associates degree at the end of my 10th grade year, my mother encouraged me to talk to [Kevin] Teasley, who was the superintendent of the school, and ask him about another program that would allow me to continue earning college credits. He and Mrs. Teasley both told me that I could go as far as I wanted with the program.

So she did. All GEO schools offer college-style block scheduling (so, for example, rather than taking 45 minutes of math every day, youd take an hour and fifteen minutes three days a week) so that students like Raven can easily align their high school and college class schedules. That made it so Raven didnt have to spend more hours in school than she otherwise would have (she started her days at 21st century and then was driven to Purdue), though she did have a bigger workload. It was definitely a lot of work, she says. In order to stay motivated, she says her mom, Hazel Osborne did remind me that the goal wasnt too far off, and I was near the finish line. And…I had support from GEO, I had support from some people at 21st century, so I was surrounded by support.

And though she had to sacrifice some of her social life, she says she still found time to travel and do things ilke go to movies and go bowling.

Now, as a college graduate, Raven who has been interning at 21st Centurys elementary school already has a full-time job offer as a reading interventionist at 21st Century, and will start in August.

As amazing as Ravens story is, her achievements certainly arent unattainable. While shes the only member of her class who collected a college degree before graduating high school, a representative for the GEO Foundation tells Teen Vogue that six other girls from Ravens 43-person high school class have earned their associates degrees (two-year degrees), and 100% of the class will be graduating high school with college credits under their belts. According to GEOs website, students graduate high school with an average of 20 college credits. In elementary and middle school, we thought of college as something that only certain people could finish, and how unrealistic of a goal it would be, she says. But I think that this program the fact that they allow me and other students to start off with one class…it builds our confidence, and let myself and my classmates know that this was something we could do.

As for her advice for anyone else looking to achieve something similar, I would definitely encourage any young people to just keep working, she says. And to take advantage of their high school teachers, because I had a lot of high school teachers who, if I ever needed any help, I could go to them and ask them questions. […] Keep going and be sure to ask for advice and take advice from whoevers willing to give it.

PrevPreviousPEOPLE MAGAZINE: Student Graduates from College Two Weeks Before High School Graduation: “I Didn’t Want to Waste Any Time.”
Next2017 Tours to various Colleges for all in grades 7 to 12. Plan to Attend: Click here!!Next