Should High Schools focus on college experience over college prep? 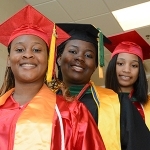 The Bill & Melinda Gates Foundations Early College High School Initiative has supported the creation or redesign of nearly 300 schools that serve more than 80,000 students in 31 states and the District of Columbia since 2002. Even more schools and districts have taken on this early college high school design challenge outside the auspices of the Gates Foundation. The exact design of these schools varies based on partnerships between schools and local colleges, but the foundational concept is that students can graduate from high school with a college credential as well.

The Pathways in Technology Early College High School, or P-TECH, model, which President Barack Obama mentioned in his 2012 State of the Union address, keeps students in high school for six years as they work through high school and college coursework and industry internships on their way to graduation. This model has been replicated by more than 40 schools since it first opened in New York City in 2011 and has become one of the most well-known early college high school models in the nation.

The 21st Century Charter School in Gary, IN, has a bare bones high school curriculum, pushing students to attend classes at Ivy Tech Community College as soon as they can pass the entrance exams. Instead of hiring advanced math and English teachers or filling out its course catalog with specials, 21st Century Charter offers the basic high school curriculum and, from there, supports students as they complete college coursework for dual credit.

We think its important that our kids actually get the college campus experience, said Kevin Teasley, founder and president of the GEO Foundation.

Every student at 21st Century Charter qualifies for free or reduced-price lunch, a measure of poverty. According to Teasley, only 10% of them come from homes where someone has a college degree. That puts them at a disadvantage in the college-going process, which is reflected in the completion rates of first-generation college students. And that forms one basis for the dual enrollment model.

We want them to have whatever challenge theyre going to have while theyre with us, Teasley said.

The charter school serves about 400 high schoolers. Students generally take one or two classes per week at the school in a block schedule and they spend the rest of their time at the community college. Eighth grade graduates are expected to pass Ivy Techs entrance exams, and if they dont, high school teachers help coach them to pass it during their freshman year.

As far as finances go, the charter school pays for each students tuition at the college, with no discounts. It is economical for the high school, which spares the expense of hiring as many teachers as traditional programs.

One student, Raven Osborne, is on her way to completing a four-year degree by the time she is scheduled to graduate from high school. She has been attending Purdue Universitys satellite campus in northwest Indiana for the last two years after completing her associate degree coursework as a sophomore.

21st Century Charter School encourages students to take college classes over the summer, which Osborne did after eighth, ninth and 10th grade. The charter school has continued paying for her college tuition as she works toward a bachelors degree, which she is expected to get this May, even before she walks the stage with the rest of her high school peers.

As the nation debates the feasibility of giving students access to free college, Teasley said his students already have it. Most students graduate with at least one semester under their belts and the goal for 21st Century Charter is to get 100% of students graduating with their associate degree as well as high school diploma in four years by 2020. That gives them a head start toward their bachelors degrees.

Already, 60% of the predominantly black graduating class of 2012 has completed a bachelors degree within four years, Teasley said, compared to about 20% of black students nationwide and an even smaller portion of poor black students.

For his population, especially, Teasley finds it important to graduate high school seniors not only college-prepared, but college-experienced. He sees the traditional high school push to get more students into Advanced Placement or International Baccalaureate classes as misguided.

Start measuring worth based on how many students are graduating with real college experience, Teasley said. Stop measuring success with the number of AP courses offered.

Figuring out the kinks of an early college model can be difficult. But schools like P-TECH and 21st Century Charter stand as ready examples of the value of trying.