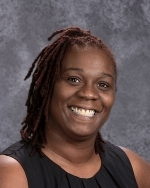 While dozens of teachers have abandoned their mission to educate youth in Gary, Indiana, one South Side Chicago native is challenging students and teachers to be great in a community that thousands of people have left. The birthplace of pop idol Michael Jackson is now a place where hundreds of youth cannot leave and who arent sure if anyone will ever know their names.

Master Teacher at 21st Century Charter School in Gary, Janell Lewis, says she wants to make sure her students know how important they are even if no one else tells them. I want them to understand that greatness is different for everybody and even though their daddy wasnt nothing or their momma wasnt nothing and family may not be nothing, that doesnt necessarily impose upon them that they will be nothing,

Lewis who was raised by her mother and grandmother in Hyde Park, once home to former famous Chicago residents, Muhammad Ali, Hugh Hefner, Harold Washington and Barack Obama, was constantly being pushed to become someone great. Education was not an option in our house, Lewis said. It is what we do. Lewiss older sister and younger brother were only allowed to watch television on Fridays and Saturdays. We had homework so we would do what the teacher sent us home with, and my grandmother would have extra assignments for us to do at the house, she said.

Her mother allowed her to participate in activities that would help grow Lewis character. She said her family attended church services three times a week. Lewis said that she, her brother and sister were only allowed to play sports that would develop them as individuals. She did ballet, basketball, swimming, and volleyball.

The absence of Lewis father being in their home did not interfere with their progress. Currently, her sister is a lawyer and her brother is a clinical psychologist. Lewis said, clearly whatever plan that they [mother and grandmother] had worked because none of us have been to jail and we are all pretty successful.

Lewiss journey towards greatness began ever since she learned how to read. When she was a child she desired to become a teacher. I use to teach my teddy bears, my next door neighbors, and cousins. she said. I had the teacher manual and I use to correct my friends papers.

Rigorous Catholic schools Lewis attended from elementary through graduate school prepared her to become a skilled educator. The Latin School of Chicago high school, located in the Gold Coast neighborhood on the North Side of Chicago played a big role in preparing Lewis for college and teaching. While attending the Latin School, she got involved with the HighSight Program. The HighSight scholarship Program is a nonprofit organization that helps low income students with college readiness and leadership development. That was the place that took me to every college I ever visited, the University of Notre Dame, The University of Chicago, Northwestern University, and all over Indiana and Illinois, Lewis said. They also paid and taught me how to take a standardized test, so thats why my SAT and ACT scores were really high.

She never changed her mind to become a teacher, but a few years after graduating high school she became interested in learning more about crime scene investigation and studying deceased bodies through mortuary work. Lewis new career interest temporarily led her to pursue a different career path while attending Seton Hall University. Although I knew I wanted to be a teacher around junior or senior year, I got fascinated with criminal minds and corpses so when I went to Seton Hall I studied forensic science and criminology with a minor in anthropology and sociology which is a lot. I worked in morgue for a while because I wanted to work on dead bodies and I wanted to be an FBI agent.

Lewis earned a bachelors degree in Criminal Justice and minor in Anthropology and Sociology from Seton Hall University in South Orange New Jersey but she never worked in the criminal justice field. She became pregnant during her senior year and she decided a career in law and order would not be suitable for a mother.

RETURN TO TEACHING AND FACING REJECTION

After she obtained a Masters Degree in Curriculum Instruction at Loyola University, Lewis finally landed her first teaching job in 2006 at a charter school in Chicago. Lewis soon learned her personality was not working for the staff there, and it didnt work for colleagues on the second teaching job she landed in Riverdale, Illinois. She said her arrogance and overbearing personality presented new challenges for her in being accepted when she began her teaching career.

Lewis became frustrated but she did not give up. Eventually she landed a job in 2011 at 21st Century Charter School in Gary, Indiana. A place where her new community embraced her. She soon realized she not only had a desire to teach, but actually had a skill for it. One second grade student who was not on the same level as his peers helped her realize how talented she was at mentoring and teaching.

She said the boy could not spell his name, write his name, read, or do any Math when she met him. By end of the year he was only half a year behind the average third grader in Math and English. He could not only write his name but he could write it in cursive and he could spell it after I helped him. Lewis later was promoted to a Master Teacher role due to having acquired a reputation for being an effective teacher who enhances the learning outcomes of her students.

In the Master Teacher role, Lewis teaches 21st Century elementary, junior high, and high school teachers strategies that help them improve classroom instruction. Lewis said the student she mentored helped her more than she helped him. I dont think I would have the job I have now if it werent for that year with this student. Thats when they said Oh snap, this lady can teach!

INSPIRING TEACHERS TO BE GREAT!

21st Century Charter School Instructional Coach, Evonne Bankston has known Lewis since she was two years old. She said her and Lewis met in preschool. After Bankston had received a Masters in Education, she reached out to Lewis for guidance. What do I need to do to get on the right track, Bankston asked her colleague and friend of 30 years. Youre going to teach with me, Lewis replied. Im going to teach you how to be a teacher now. Bankston said she is still learning from Lewis today. I am in awe of her craft because shes so bright and its truly her craft. She makes teaching look easy when it is not, but she is a Master of this art and rightly so, shes a Master teacher!

“Out of Gary, Indiana, innovation in preparing students for college
Should All High Schools Offer Students Dual Enrollment Opportunities?