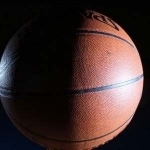 MORGAN TWP. 21st Century was not able to control the tempo in Saturdays Sectional 49 title game against host Morgan Township, but that did not stop the Cougars from claiming their second sectional title in school history.

The Class A No. 7 Cougars were unable to push the pace and make it an up-tempo game, but they beat the Cherokees at their own game, coming away with a 54-48 win.

21st Century (18-6) will face the winner of the Triton Sectional in the opening game of Saturdays Triton Regional.

The win had extra meaning for 21st Century coach Rodney Williams, whose wife passed away in July.

Its tough right now, he said. (Sundays) her birthday. Shes always been with me. Its the first time she hadnt been here to experience all this. She had a lot to do with this.

Corevon Lott, who sat out much of the second quarter with three fouls, sparked the run. He opened the spurt with a 3-pointer to tie the game, and put the Cougars ahead with a transition basket after a Cherokee turnover. Lott also had an assist to Tyree Booker in the run.

Coach told me to play my game and that when we came out I was going to hit the first shot, Lott said. They gave me the ball and I hit the shot.

I told them we had to get out right away and get a lead and just get back in our comfort zone, and thats what they did, Williams said. They got the lead back and relaxed.

Booker finished with eight points and seven rebounds for the Cougars.

The Cherokees (15-8) got within a point at the end of the third quarter at 40-39, but the 21st Century defense took over the game in the fourth. The Cougars held M.T. without a point for the first 7 minutes, 36 seconds of the final quarter.

Eugene German, who scored a game-high 28 points, scored 10 in the fourth to help his team pull away. He scored eight-straight points in one stretch to push the 21st Century lead to 50-39 with 35 seconds left.

I was thinking that I needed to take over the game and put the team on my back, German said.

He knew that he had to put us on his back to get where were going, Williams said of German. He took the challenge and hes going to step up the rest of the way.

Jake Koselke carried the offensive load for the Cherokees in the first half as they took a three-point lead into the locker room. Koselke scored 14 of his team-high 18 points in the opening two quarters.

He played like he did before his injury, Morgan Township coach Eric Braden said of Koselke. He wanted the ball and was calling for the ball. He finished strong; he played like a man.

Our free throw shooting, once again, wasnt that great, Braden said. That makes the difference right there.

Six seniors, including all of the starting five, played their final game for the Cherokees.

Ive known those guys since elementary school, they were coming in when I was coaching middle school, Braden said. Theyre just like family. I feel like an extended father for them.