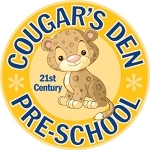 Lake County was one of five counties in the state selected for the pilot preschool program called On My Way Pre-K. Under the plan, parents meeting income guidelines receive state grants of up to $6,600 to pay for their 4-year-old child to attend a public, private or religious prekindergarten program meeting state quality standards. One hundred youngsters are currently enrolled in the state-funded preschool program. The next session of classes will start in the fall, and Lake County organizers will be able to enroll 300 students in the On My Way Pre-K program.

Kim Olesker, regional director of United Way Success by 6 program, said organizers are impressed with the number of providers that have stepped up to accept preschool children in Lake County. “It shows commitment from the educational side and a willingness to be ready to take these kids,” she said.

Megan Anderson, Title 1 teacher/TAP mentor and director at the Cougar’s Den, 21st Century’s preschool program, said the Cougar’s Den is the only school that independently had its classrooms licensed and approved to be an On My Way Pre-K provider.

She said two charter schools in Indianapolis that run a preschool also are On My Way Pre-K providers.

Kevin Teasley, founder and president of Indianapolis-based GEO Foundation who serves as superintendent of 21st Century Charter, said the preschool program earned a Level 3 certification. Level 3 means there is at least one licensed teacher and a planned curriculum.

“Level 3 is the highest we can earn our first year out,” Teasley said.

“Level 4 is the highest level PreKs can be licensed in Indiana. The Cougar’s Den team worked extremely hard to make this happen. Lots of additional regulations, more than traditional school regulations. I’m excited to see Gary 4-year-olds get additional access to a high-quality PreK program that will set them up for success in the future.”

Teasley said that’s just one of the accomplishments at 21st Century Charter School.

“More than 90 percent have been accepted to a four-year university. At 21st Century, we think this is important,” he said.

Teasley also said over its years of operation, the charter school has graduated seven students who have earned more than 60 college credits while in high school.