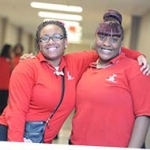 Kevin Teasley, president and chief executive officer for the Indianapolis-based GEO Foundation which operates 21st Century Charter School, said the letter meant the school moved from a D rating to a C rating. Teasley believes the school performs better than that but said he accepts the current rating.

Teasley also said Indiana has experienced a decade of dramatic education reforms including approving charter school laws, voucher laws and tax credit laws that empower parents. This year, the state took an additional step by approving Pre-K vouchers that will allow thousands of youngsters the opportunity to start on the path of educational excellence earlier in life, he said.

“We are proud of the effort 21st Century Charter has made in Gary to assist and serve families in the pursuit of success in college and careers. We are excited to be able to open a PreK this year too,” he said. “As for the grading of schools, I wish state officials would strive more toward getting it right in the first place rather than rushing to judgment then making corrections later. Too much is at stake and too many are harmed by getting it wrong in the first place. Teachers and administrators lose jobs, property values plummet, schools close, etc. as a result of these decisions. If the decisions are correct, the grades are correct, then so be it. But if the grades are wrong, then an entire community has been harmed unnecessarily so.”

21C Student in Human Cadaver Program at IU-Northwest
Cadavers, a Teen, and a Med School Dream