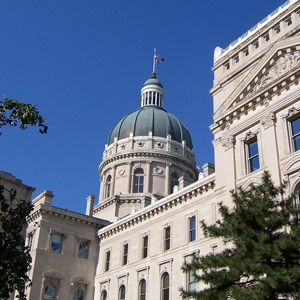 Back in 1992, I helped lead the California Prop 174 battle for school vouchers. We got whooped pretty good in that effort. One of the key lessons I learned was the need for voucher supporters to be patient and vigilant in their efforts to create access to more choices in education. The opposition has all the resources it needs to beat us and they are quite unified. We depend on volunteer support from mostly entrepreneurial-minded leaders who don’t always get along.

Then Nobel Laureate Milton Friedman, the policy “godfather” established his school choice foundation in Indianapolis back in 1996. That was an important day in Indiana’s school choice battle and very much led to today’s Indiana Supreme Court victory for school choice. Friedman Foundation, funded by numerous foundations and freedom-loving individuals from across the country, helped lead the policy battle at the statehouse and throughout the state. They have been vigilant and persistent in their efforts. They never backed down. They helped create organizations such as “School Choice Indiana,” too, a leading advocacy group.

To supplement the policy efforts of Friedman and School Choice Indiana, the Hoosiers for Economic Growth and the American Federation for Children provided the political firepower necessary for victory at the state house. The political battle started many years ago, but really started taking shape back in 2004, the year Mitch Daniels took the Governor’s office. While there were no voucher victories during his first term, the ground was being worked to lead to future voucher victories. With Daniels leading the charge, the Republicans soon took control of the House during Daniels’ second term and approved vouchers in 2010.

School choice supporters across the country should learn from this effort and celebrate not only today’s victory, but the possibility of future victories around the country to come.

There once was a big debate over which route to take–initiative or legislative battles? I think it has become abundantly clear that legislative battles are the better route to take. It has also become abundantly clear that to win, you must have sustained fire power. This can’t be a flash in the pan effort. If you go into a state, you must be prepared for a long battle. It will take numerous policy debates, and it will take a lot more political might than you would ever think possible. But if you do it right, you end up with today’s decision.

For our part, GEO was happy to play a small role back in the early days by organizing multiple forums and fact-finding trips to Milwaukee to see a system of school choice in action. We took nearly 200 leaders from Indiana to Milwaukee and we had more than 500 people attend our numerous policy forums. It was fun to see many of them still engaged and attending a recent forum with Howard Fuller in Indianapolis.